TE Wilson is the author of the Detective Sánchez series of crime novels. Much of the inspiration for the novels comes from Wilson’s experience in Latin America. These include a stint as a human rights observer in post-conflict Guatemala with the Network in Solidarity with the People of Guatemala (NISGUA), and his work as a journalist, which has taken him from the high Sierras to the depths of Mexico’s prison system. He has reported from Mexico for the Globe and Mail, the CBC, CTV, Toronto Star, Rabble.ca, and InSight Crime, among other news outlets. For his non-fiction writing he has received a CBC Canadian Literary Award (first) and a National Magazine Award (gold).

Wilson was born in Montreal, and attended McGill University, where he shared the Shapiro Award for creative writing (graduating class). He continues to work as a journalist in Mexico, both for the mainstream press and at his blog, La politica es la politica.

By email: tim [at] twilsonassociates.com 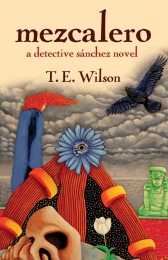